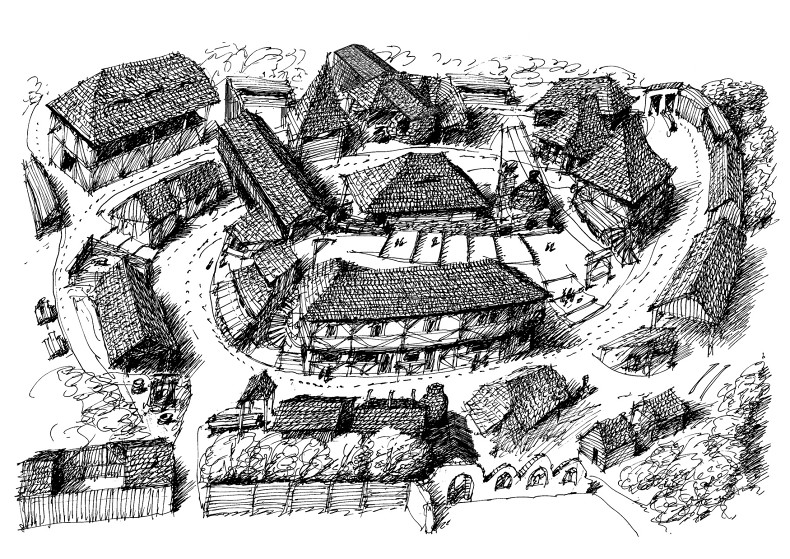 The bow was one of the greatest discoveries of mankind. The evidence of bows goes back to the stone age. A greater expansion and improvement of the bow and arrow was about 10,000 years later. Then bows reached about two metres in length and arrows were very long, about one metre. In the middle ages, bows and arrows became the necessary weapon of military forces. Archery became a practice for everyone, under Charles IV , they began to organize shooting competitions, the culmination of which was an archery festival. Traditional archery is operated by bows made of traditional materials such as wood, bamboo or horn.